Esplora Development Board for Arduino Projects

Esplora Development Board for Arduino Projects

The Arduino Esplora is a microcontroller board derived from the Arduino Leonardo. The Esplora differs from all preceding Arduino boards in that it provides a number of built-in, ready-to-use set of on-board sensors for interaction. It's designed for people who want to get up and running with Arduino without having to learn about the electronics first. The Esplora has on-board sound and light outputs, and several input sensors, including a joystick, a slider, a temperature sensor, an accelerometer, a microphone, and a light sensor. It also has the potential to expand its capabilities with two input and output connectors, and a socket for a colour TFT LCD screen.

Microcontroller: ATmega32u4 Operating Voltage: 5V Flash Memory: 32 KB of which 4 KB used by bootloader SRAM 2.5 KB EEPROM: 1 KB Clock Speed: 16 MHz Memory: The ATmega32u4 has 32 KB (with 4 KB used for the bootloader). It also has 2.5 KB of SRAM and 1 KB of EEPROM (which can be read and written with the EEPROM library). Input and Output: The design of the Esplora board recalls traditional gamepad design with an analogue joystick on the left and four push buttons on the right. Esplora inputs and outputs :

In order to utilise the total number of available sensors, the board uses an analogue multiplexer. This means a single analog input of the microcontroller is shared among all the input channels (except the 3-axis accelerometer). Four additional microcontroller pins choose which channel to read.

Be The First To Review This Product!

Help other Aus Electronics Direct users shop smarter by writing reviews for products you have purchased. Mega Development Board with USB cable for Arduino 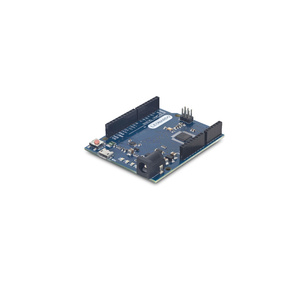 Leonardo Development Board for Arduino Projects Nano Development Board for Arduino Projects 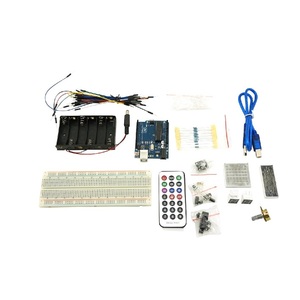 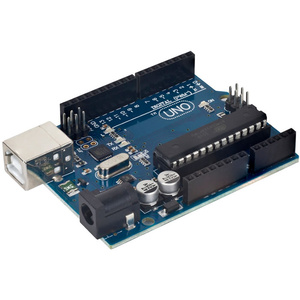 Uno Development Board with USB cable for Arduino