Release your fishing line at the right spot

The PL3 is a new, innovative and powerful add-on which increases the versatility of the Splash Drone 3. Technically, the PL3 is a combination of the waterproof 2.7K camera and the original payload release mechanism. Now, with the PL3, and compared to the previous model (PL2), you now have the added benefit of a gimbal mounted camera, as well as being able to record your payload release or rescue operation to a MicroSD card, which was not possible. The 4K camera is stabilized by 4 rubber damping balls, ensuring the recording of steady footage while carrying and dropping a payload. It is very simple to use, you can tilt the camera from the remote controller to view what's in front of the drone, and also where your items are to be dropped. This is very convenient, especially during rescue or lifesaving operations, and this is happening in real time with live video back to the FPV screen which is in the palm of your hands. Thanks to the PL3, the Splash drone 3 is now able to offer you a more precise release of fishing traces or bait, or lifesaving equipment over a wide radius from your position, and is fully under your control. The efficiency is increased beyond your imagination.

Another Great Product from Swellpro

By: Richard on 4 February 2019
Excellent product. Does exactly what is designed for. No problems so far. Very happy. Captured great moments with my drone flying and dropping my bait around 500 meters off the shore. Caught sharks snappers already.! Must have item for drone fishing. Combined with Swellpro goggles to see where the fish / reef structure is on a sunny bright day as you can not see anything on remote’s screen due to glare indeed.
(5) 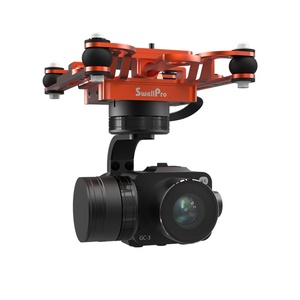